For Professionals > Hearing Loss – Identification, Impact and Next Steps > What is “Normal” Hearing for Children?

What is “Normal” Hearing for Children?

Although we focus on educationally significant hearing loss, it is important to consider the criterion for “normal.”

Where did the 25 dB cut off come from that separates “normal” from “hearing loss”?

The American Academy of Ophthalmology and Otolaryngology (AAOO, 1965) established 26 dB as an allowable limit of hearing damage with reference to worker’s compensation regarding earning power. These guidelines were revised in 1973 and 1979 (Moller, 2006). In the context of vocational performance, 26 dB was set as an “acceptable hearing loss” because this was the hearing level at which an individual begins to experience difficulty understanding everyday speech in a quiet environment. The AAOO guidelines state the ability to understand normal everyday speech at a distance of about 5 feet does not noticeably deteriorate as long as the hearing loss
does not exceed an average value of 25 dB at 500, 1000 and 2000 Hz.

This amount of hearing loss was regarded as a “just noticeable” handicap for which a worker in the United States was entitled to receive workmen’s compensation for loss of earning power. The American Academy of Otolaryngology has not updated these early recommendations by the AAOO.

Although the American Medical Association released the 6th edition of the Guides to the Evaluation of Permanent Impairment in 2007, they follow the AAO 1979 guidelines in their use of 26 dB as the demarcation for hearing loss. 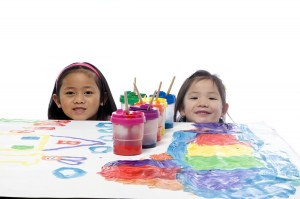 An antiquated way to look at hearing, especially for children

Bavosi and Rupp (1984) described the use of 26 dB as a cut‐off between normal and mild hearing loss as antiquated because this approach may cause individuals to conclude that no hearing problem exists below this cut‐off intensity level. More than 7 million children from 6 to 19 years of age (14.9% of school aged children in the United States) have some degree of hearing loss (Niskar et al., 1998). Even though the majority of hearing loss in this report was identified as unilateral and of minimal degree, evidence suggests these hearing deficits can adversely affect a child’s development, overall well‐being, or both (Ross et al., 2008).

The audiogram lists 0 dB HL however this is not the absence of sound. Hearing level, or HL, was defined by determining the average level at which a large number of adults were able to detect sound pressure levels (SPL) at different frequencies. It is not unusual for children with limited exposure to noise to be able to detect sound as low as -10 dB HL. Although 0-20 dB HL is marked as ‘normal’ range of hearing on audiograms, children who typically hear from -10 to +10 dB HL begin to be effected educationally at hearing levels above 15 dB HL. The hearing loss range between 16-25 dB is considered “slight”.  Refer
here for a handout on the educational significance of this degree of hearing loss.

Some professionals, when trying to put a positive light on the reality of the hearing loss, mistakenly say that a child with aided hearing thresholds of 20-25 dB HL are “normal” or “borderline normal.” It is necessary to have 15 -20 dB hearing ability to be able to perceive the soft high frequency consonant sounds  conversational speech. These are the sounds responsible for allowing us to discriminate words like cat, cap, cast, calf.  Even more speech sounds are inaudible when speech is soft or from a distance. Young children learn most new words by overhearing them in conversations occurring around them.  A hearing loss of 15-25 dB will impact on the amount of speech overhead, especially in situations where there is any noise present.

In general, the “best fit” hearing aids allow children to perceive sound at 20-25 dB. This hearing level will impact classroom listening, comprehension, effort and socialization. Thus, hearing aids DO improve speech perception but they DO NOT level the auditory playing field.

The effects of slight hearing loss are subtle, but may include difficulty in:

Some things you can do to help the child in the classroom
:

The effects above excerpted from:
http://www.bcchildrens.ca/Services/ClinicalDiagnosticFamilyServices/Audiology/Forfamilies/hearing-loss/slighthearingloss.htm