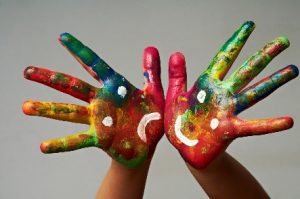 Question from the field:

I was wondering if there was any research or insight on retaining kids who are Deaf/HH for one school year. There have been a few small cases where student who were able to repeat one grade level helped to close that wide gap that they had and eventually (with DHH support) catch up to those of their peers. However, I think the first reaction is – do not retain kids with special needs. Any insight pro or con?

In looking up research on this topic, I found a study of Portuguese students comparing 24 with typical hearing to a group of 20 who were Deaf and implanted and 24 who were Deaf without cochlear implants, in grades 4, 7, 9, 12. In my international travels I have found that many countries have no formalized special education services and all cognitively able students are in the general education setting. Where in the US we do not usually ‘fail’ students with disabilities, this is not necessarily true in other countries. In the case of this Portuguese study, the students who were implanted had a higher failure rate than the typically hearing students, and the students who were considered Deaf but not implanted had a higher rate of repeated school years than the implanted students. See Figure.

While this research finding answers the question of whether students who are deaf would be retained at a higher rate if there is a practice of grade retention for lack of performance (yes), it does not answer the question from the field in terms of pros or cons to retention for students with hearing loss. A 2015 study of predictive factors for academic achievement of this population analyzed data of about 500 DHH secondary students. The authors found that having attended regular secondary schools (vs a deaf school or deaf ed program) and having better spoken language were associated with higher test scores. Predictors of poorer academic achievement test scores included having an additional diagnosis of learning disability, having a mild degree of hearing loss, and being African American or Hispanic.

A really fascinating, but old (1999) study looked at the academic achievement of 75 third grade students who failed first grade screening tests, comparing those who did seek medical attention for the hearing issue to those who did not. The author concluded that more children who had not sought medical attention after failing hearing screening, failed either the first or second grade. The typical retention rate between grade 1 and grade 2 was 9% whereas the students who did not seek medical follow up for hearing issues had a retention rate of 28%. It must be noted that in 1999, the field of education had not embraced the ‘do not retain’ policy held by most school districts today.

Thus, the research reinforces that hearing loss can have a very significant adverse effect on academic achievement, but the studies are very limited. Looking more broadly at the practice of retention of students with disabilities has a bigger research base that has been consolidated nicely into an article by the National Association of School Psychologists. In essence, retention in any grade level is associated with later high school dropout, as well as other deleterious long-term effects. Typically, test scores of retained students in the primary grades increase for a couple of years and then decline below those of their equally low-achieving students who had not been retained. NASP declared that retention is a failed intervention which was partly due to a lack of specific remedial strategies to help enhance student social or cognitive competence.

Summary and Karen Anderson’s reply to the field: In general, we don’t retain kids anymore. I agree that there are exceptions for students with hearing loss.

Tommy attended kindergarten. He was an inconsistent hearing aid user and upon entry, the school did not see it necessary to provide DHHT support or the specialized instruction/support provided was not appropriately intensive. Now a year has gone by with only a couple of months of progress made during the year. There were just too many access issues that interfered with Tommy’s instructional progress, too little support for the teacher to understand the behaviors she observed were related to hearing loss, too little support with the parents to recognize the 1:1 correlation between lack of hearing aid use and lack of school progress/behavior/social issues. Now it is spring and people have finally gotten around the table to discuss this Tommy’s lack of educational progress and future needs. He is NOT ready to go on to gr 1 as he really never had access to instruction during Kindergarten. The team agrees that Tommy should repeat Kindergarten but only if he has the intensive support he needs along with consistent hearing aid use. They decided that Tommy will receive strong support (i.e. 1 hour/day) from the DHHT, with 1x/week in the classroom and the rest pull out 1:1 services. This time will be devoted to 1) language development 2) social skills 3) self-advocacy/understanding of hearing loss impact/hearing aid use. At the end of the year the school team expects to see the expected annual yearly progress for a student in the class (hearing) and readiness for grade 1.  If this student were to be retained without the intensity of service and consistent hearing aid use, it would be another wasted year from his education.

Note: The Advocacy section does not constitute legal advice and provides information for thoughtful consideration only.